Virtual Exhibit of material from the Library's Archives and Special Collections pertaining to the cadet experience in the field of Physics.

The Archives consist of the Academy records since 1802, with staff records (demerits, grades, regulations).

Here are a selection of cadet letters and diary entries describing their experiences studying Physics. All content is from the Archives and Special Collections, USMA Library. 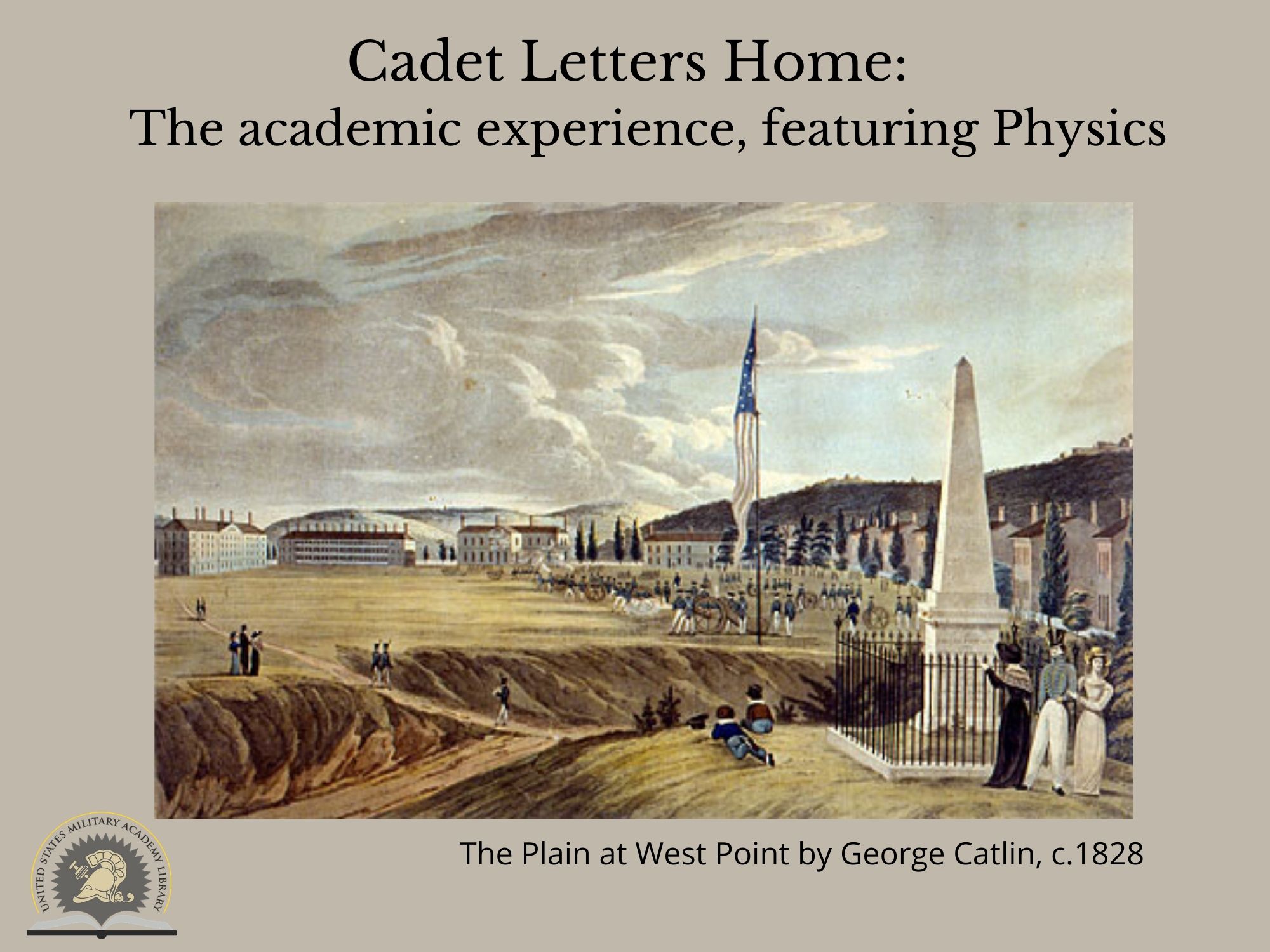 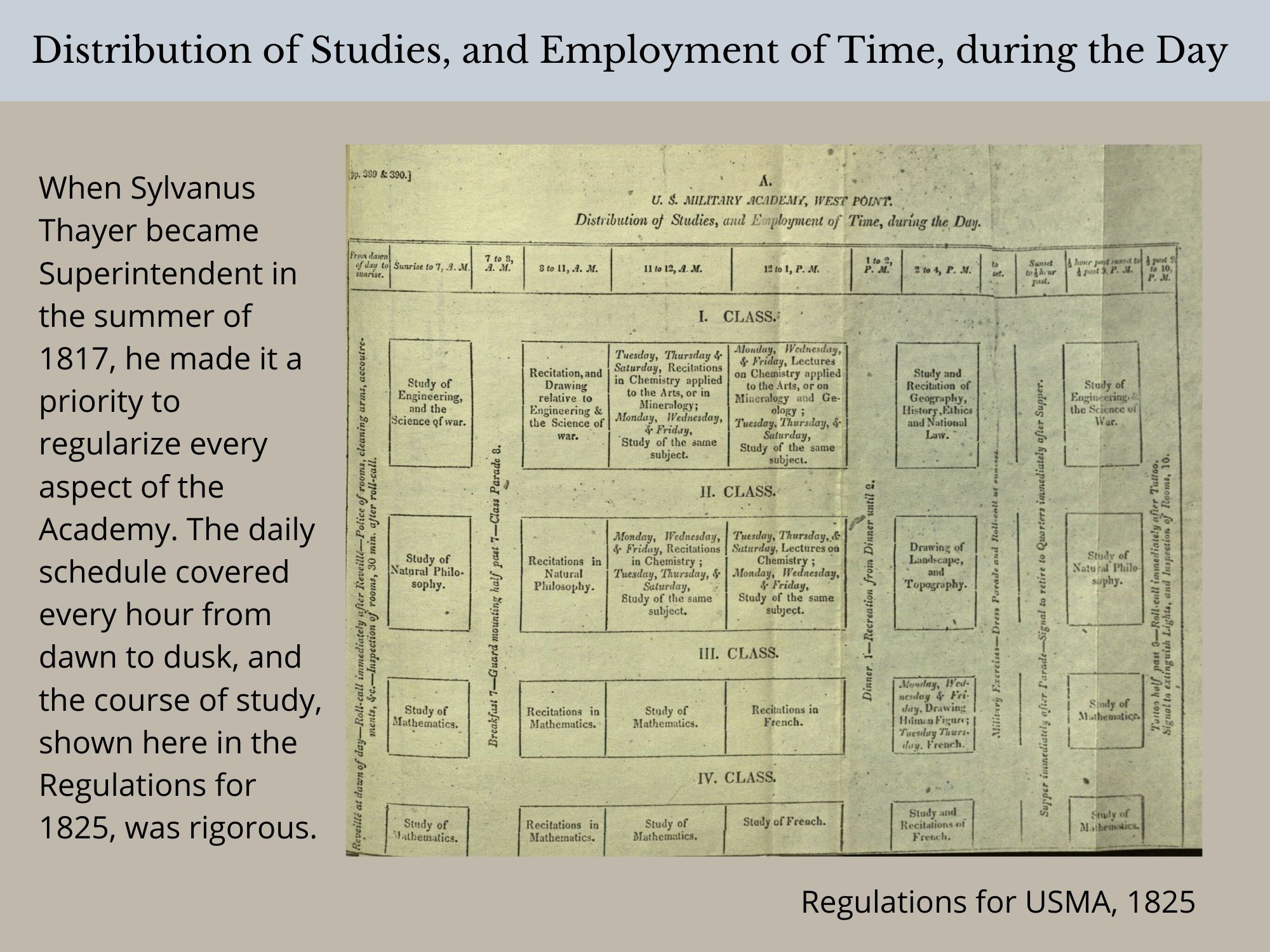 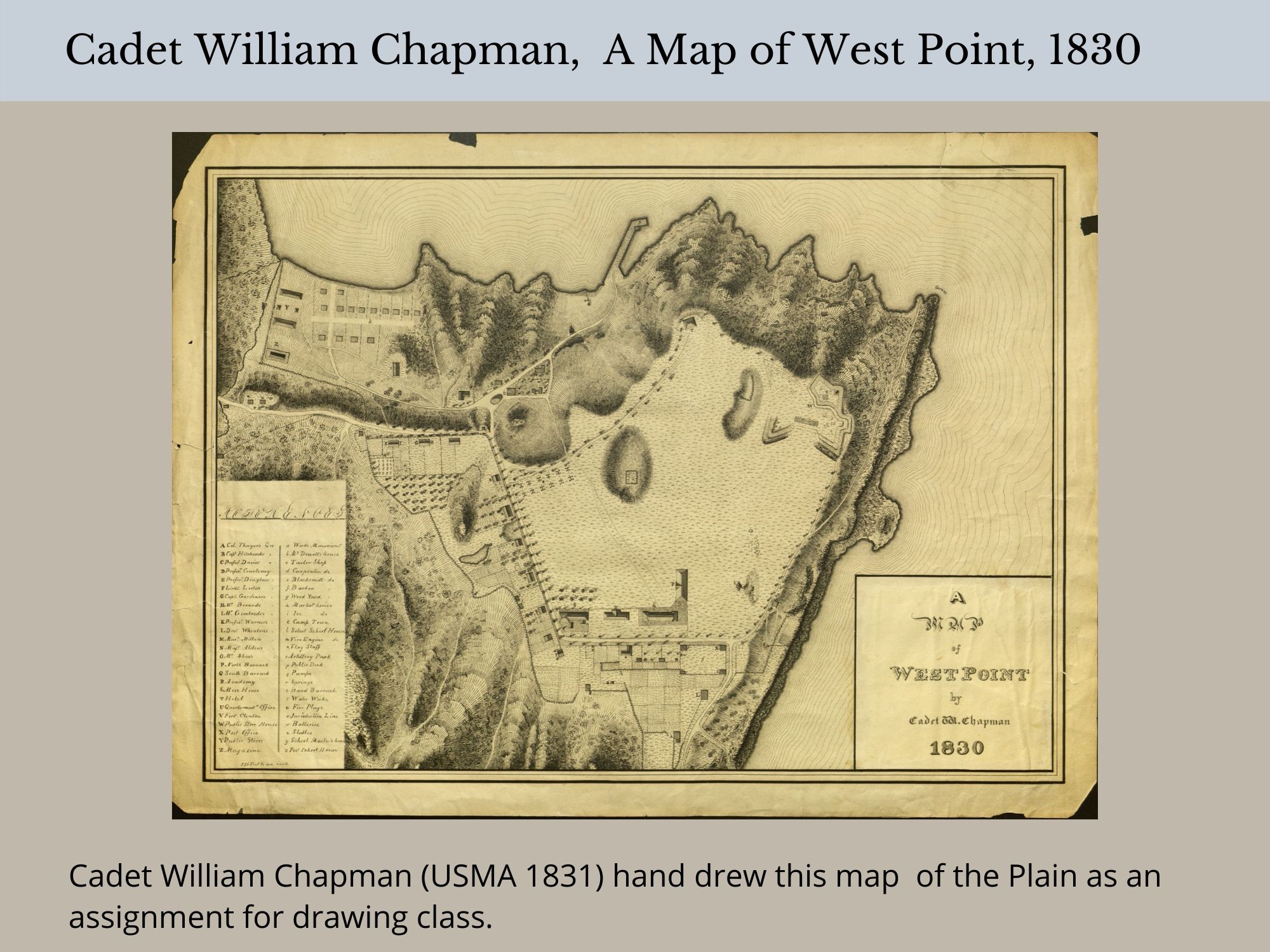 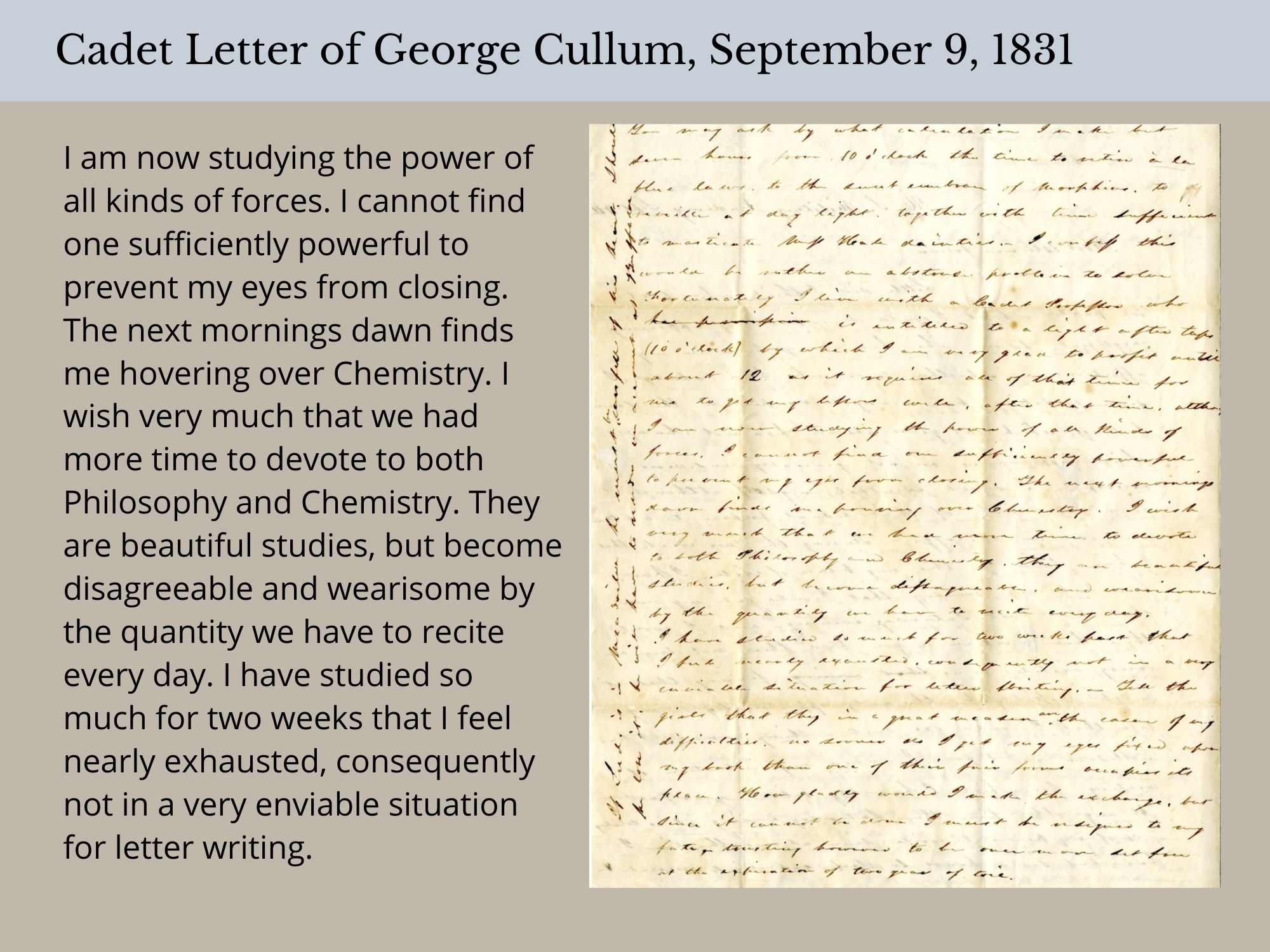 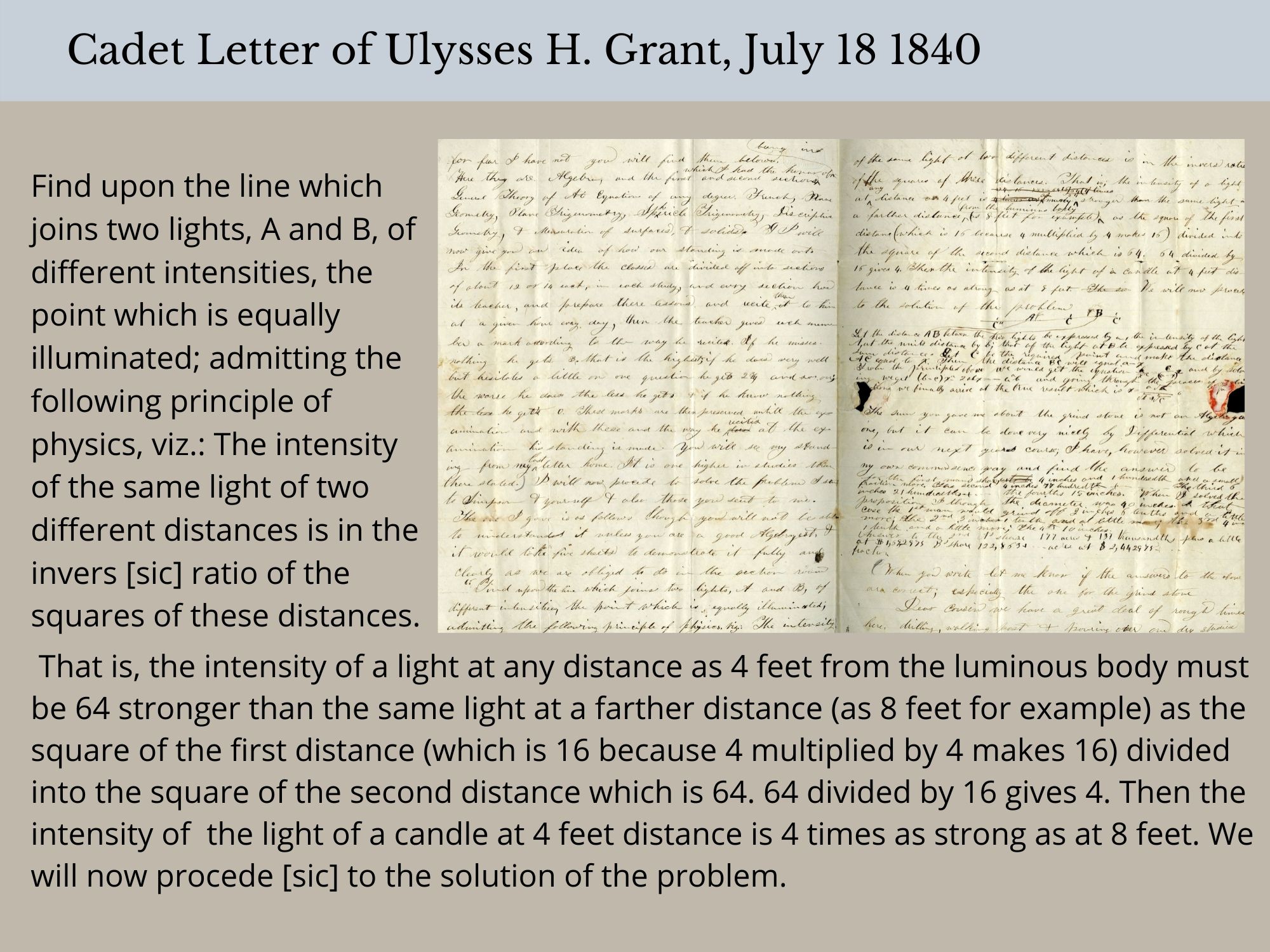 In this letter, Cadet Grant mentions the inverse square law of light. 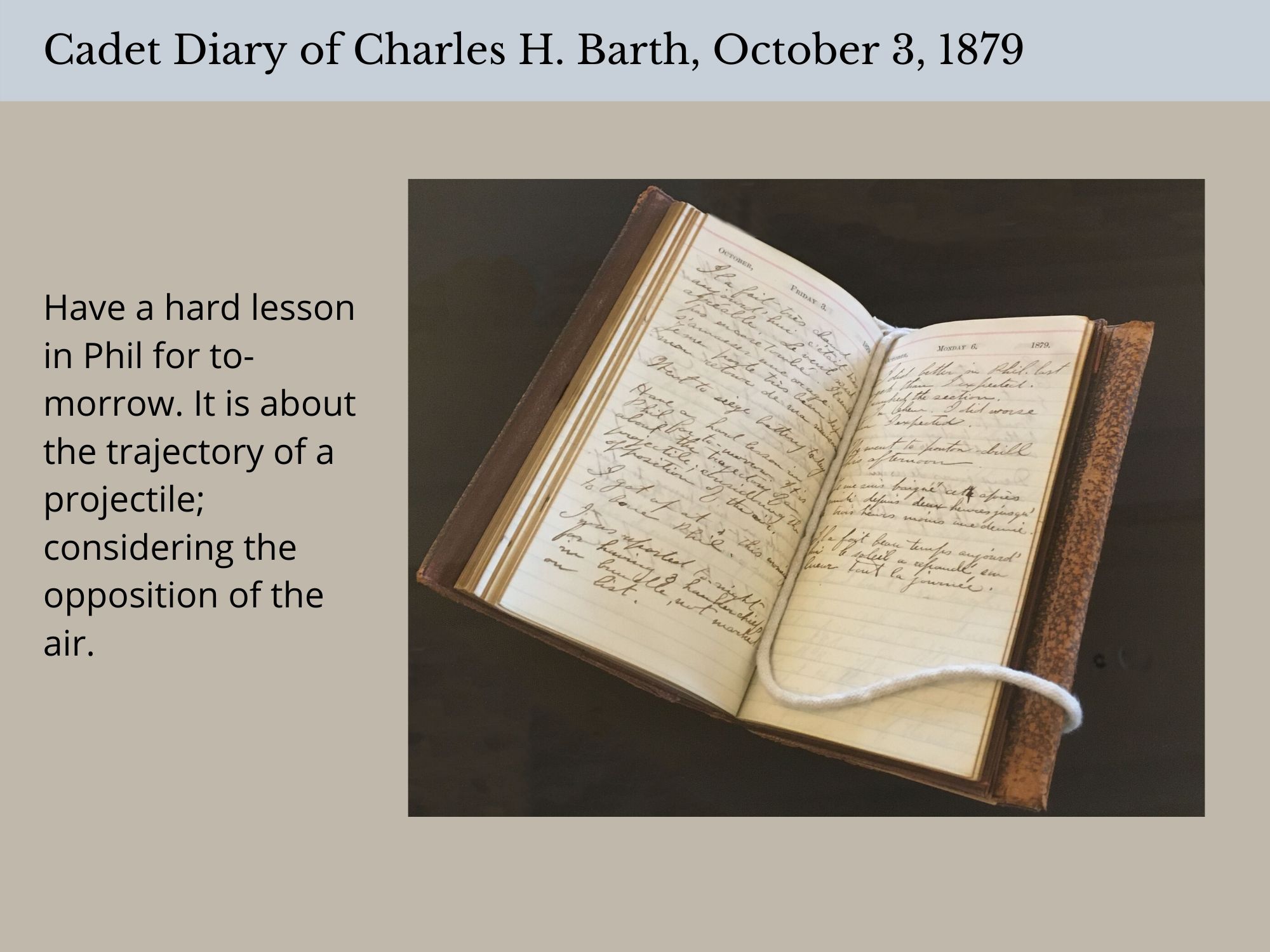 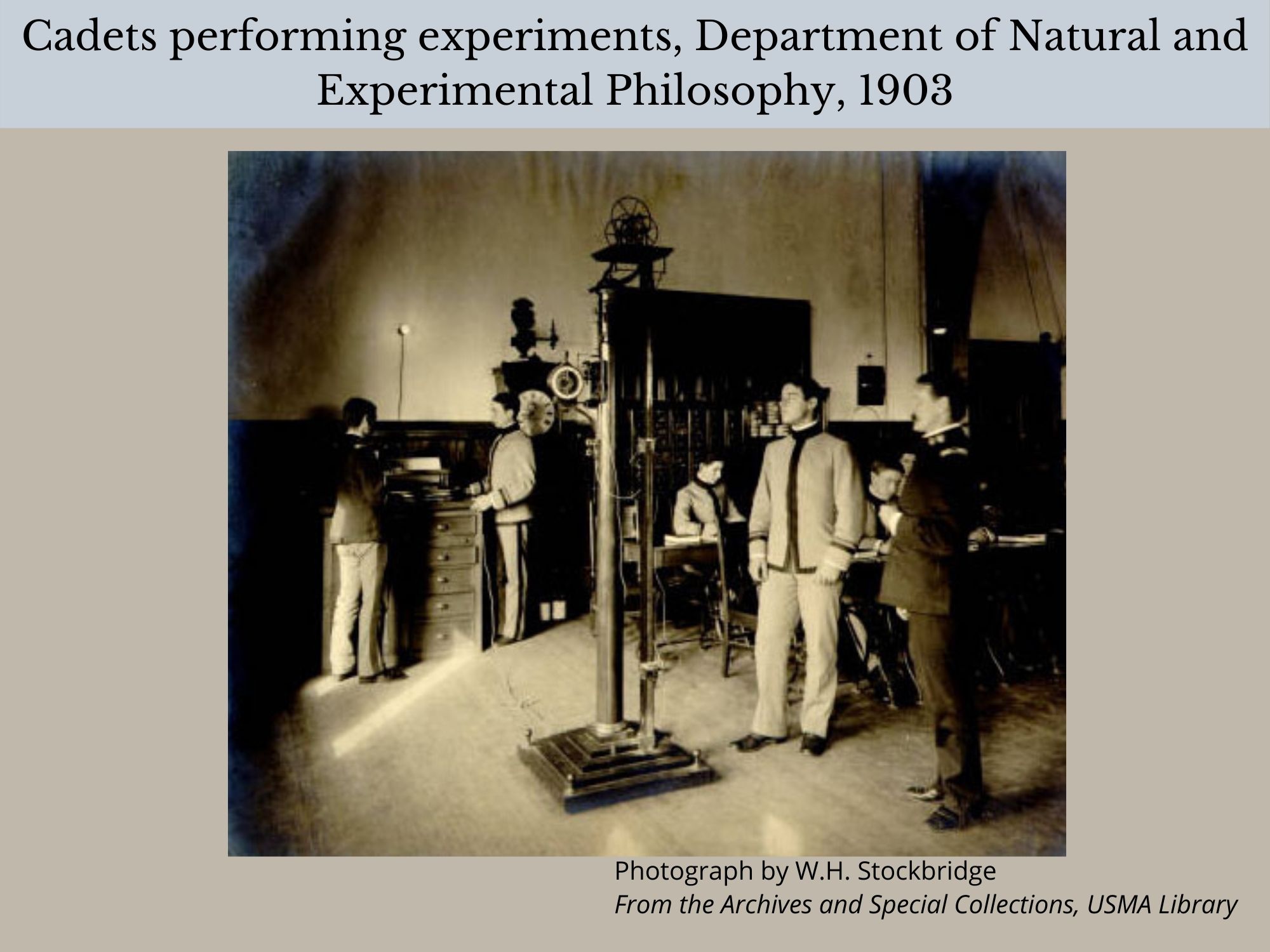 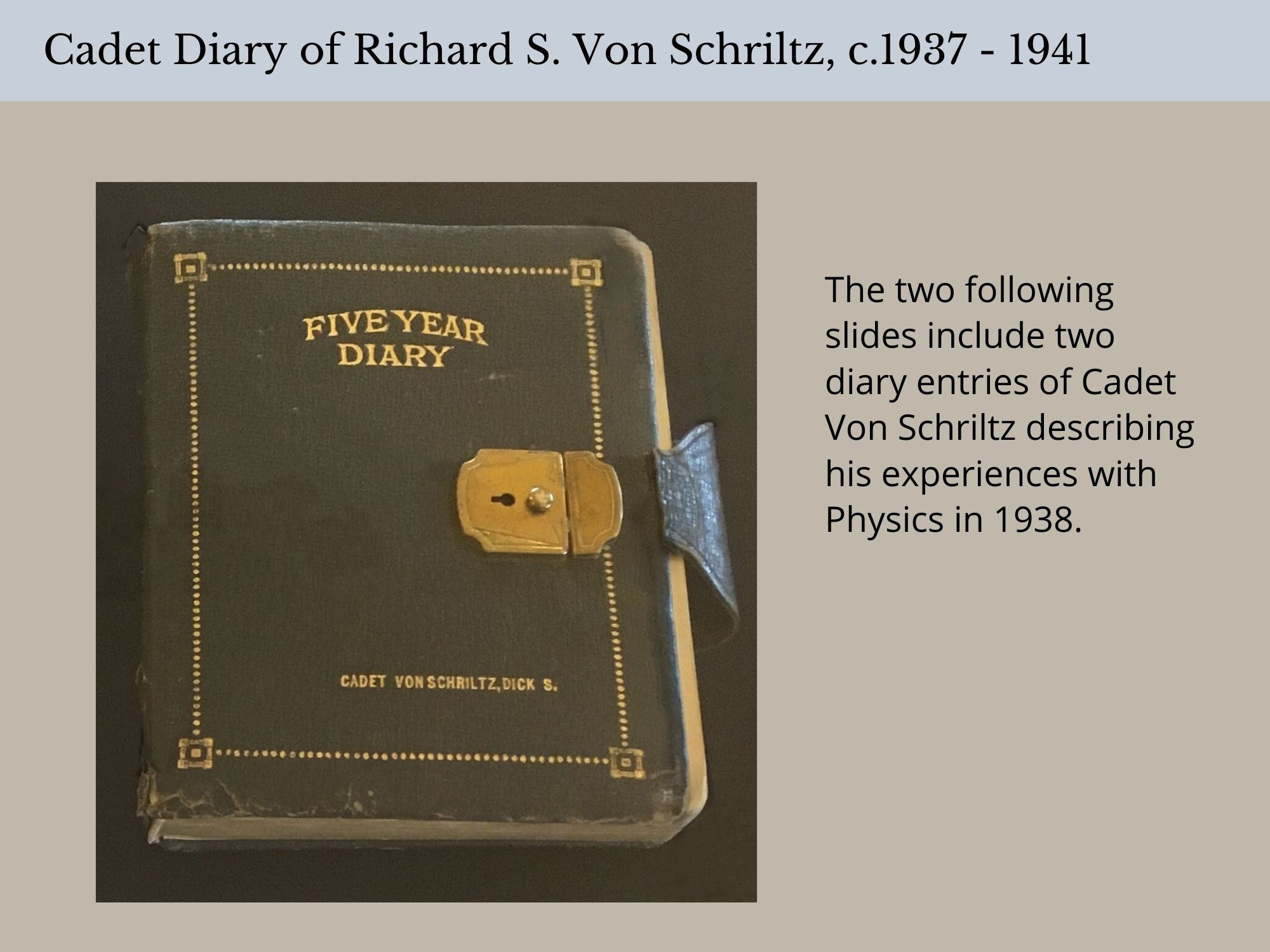 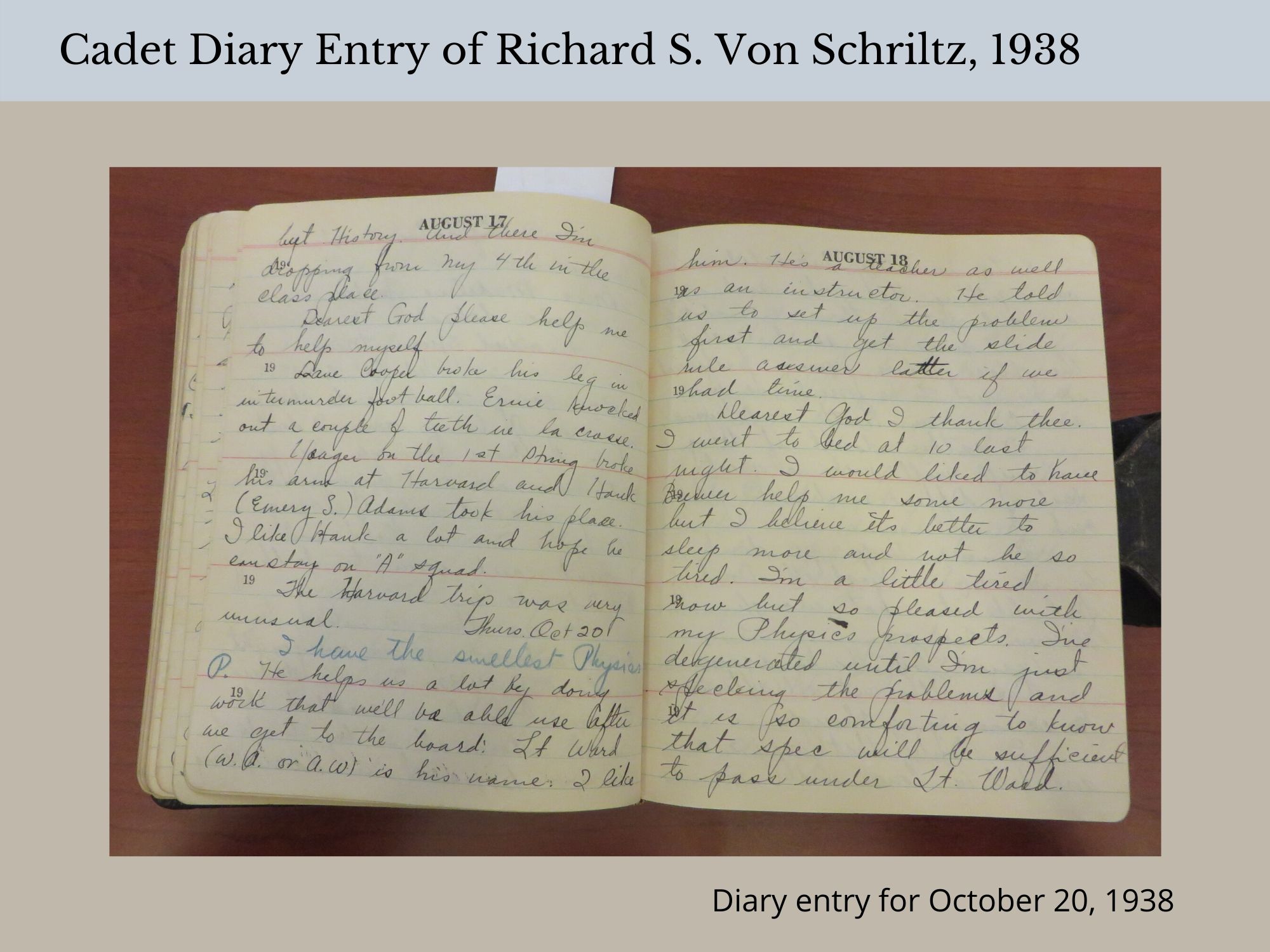 I have the swellest Physics P. He helps us a lot by doing work that we’ll be able to use after we get to the board. Lt. Ward (W.A. or A.W.) is his name. I like him.  He’s a teacher as well as an instructor. He told us to set up the problem first and get the slide rule answer later if we had time...I’m a little tired now but so comforting to know that spec will be sufficient to pass under Lt. Ward. He is really interested in our getting the work and is an aid rather than a liability. I guess I’ve about reached the place where going proficient so as not to be found is my ambition in Math and Physics. I rather doubt if doing real well will make a great deal of difference when I get out. 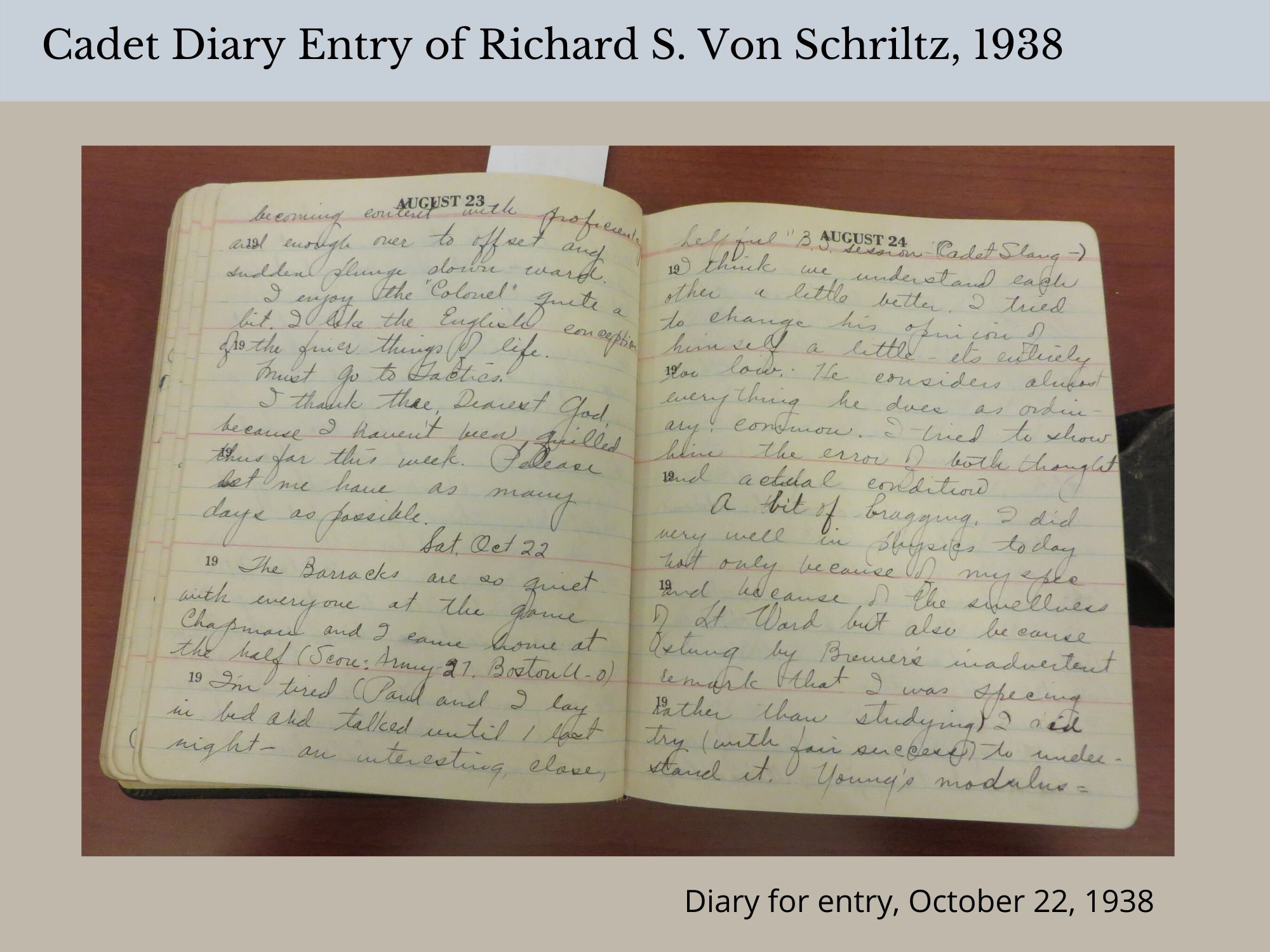 A bit of bragging, I did very well in physics today not only because of my spec and because of the swellness of Lt. Ward but also because (stung by Brewer’s inadvertent remark that I was specing rather than studying) I did try (with fair success) to understand it. 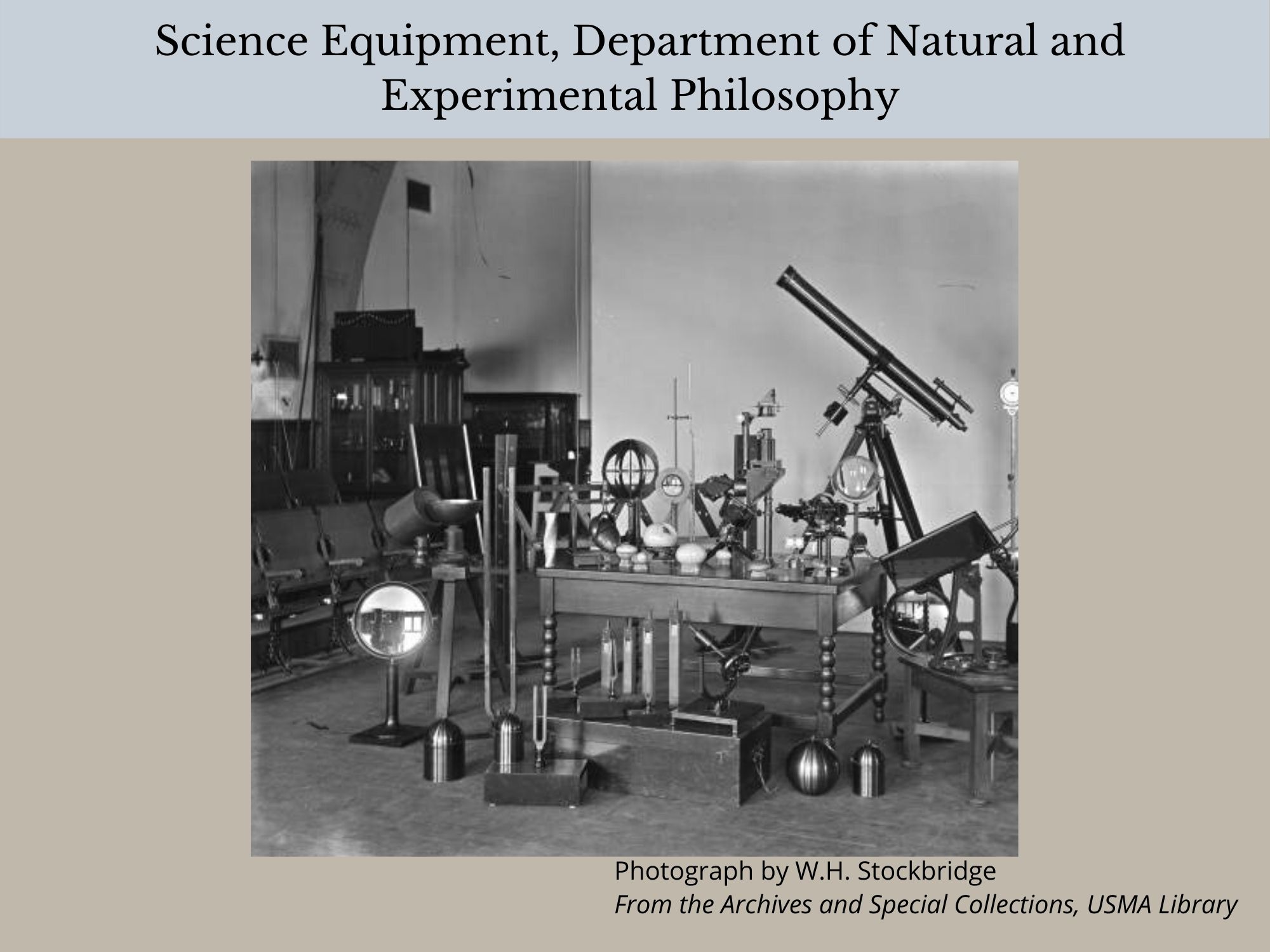